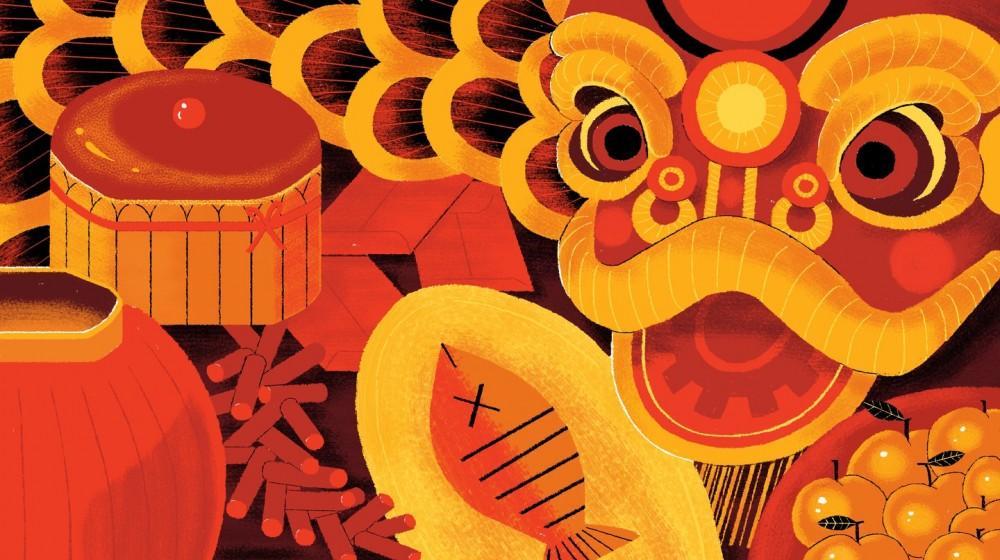 Lunar New Year falls on February 1, 2022 and is based on the lunisolar calendar, where the first day of the year falls on the first full moon. This holiday is celebrated by many East and Southeast Asian countries, such as China, Korea, Vietnam, Singapore, Malaysia, and the Philippines. Lunar New Year marks the start of the Year of the Tiger. There are 12 animals or zodiac signs that the calendar rotates through, which include dragon, snake, horse, goat, monkey, rooster, dog, pig, rat, ox, rabbit, and tiger. Tiger represents strength, power, courage, and authority.

Lunar New Year is a time of celebration for family and health. With the home and family being the focus, the holiday is tied to reunion feasts and honoring ancestors and deities. Other traditions include gifting red envelopes with money and watching lion dances within close-knit communities.

While it is a time of celebration of heritage and a new year, it is important to learn and understand the mental health struggles that many AAPIs (Asian American and Pacific Islanders) face on a daily basis. 6.1% of the United States population identify as AAPI, which is approximately 20 million people. 15% of the AAPI population in the United States report struggling with a mental illness in the past two years. [1] Mental health issues are becoming more prevalent, especially in AAPI young adults. [2] According to the National Alliance on Mental Illness, AAPI are the least likely to seek mental help out of all the ethnic minority groups. Their mental health is affected by, but not limited to, the “model minority” myth, perpetual foreigner stereotype, trauma, and stigma.

The “model minority” myth is a dangerous form of microaggression that portrays a person of color as universally intelligent and more successful than others. This false narrative not only segregates ethnic groups but promotes self-stigmatization. Traditionally, AAPI groups are targeted as “model minority” where they are stereotyped to be academically gifted and extremely hardworking. Ultimately, the idea holds individuals within the AAPI community to higher standards and expectations that lead them to feel intense pressure to succeed.

Perpetual foreigner stereotype posits that AAPI are outsiders despite where they are born or how long they have lived in the country. It is a form of systemic racism that is used more than often in everyday conversation, whether intentionally or unintentionally. When people ask “Where are you really from?,” it not only perpetuates a dangerous stereotype but also induces feelings of loneliness within the AAPI community.

Trauma can be passed down through generations, which is termed intergenerational trauma. This works through epigenetic alterations of genes. AAPI face unique trauma as they have survived wars, internment camps, colonization, or assimilation into a new country as first-generation immigrants. Trauma may also manifest from racial discrimination and the spike of Asian hate crimes during the COVID-19 pandemic.

Although many AAPI center their lives around the family, they do not always have a strong support system on which they rely. Mental health is heavily stigmatized in several Asian and Pacific Island cultures, causing many who endure mental health struggles to learn to stay silent on the subject. Negative emotions are a sign of weakness, shame, and fear in the individual and the family. Hence, the family pushes mental health under the rug. Seeking help from outside support is often seen as a strike against the uphold value of collectivism and interdependence.

It is imperative that mental health professionals, such as psychiatrists and psychologists, understand minority cultures and their stigma towards mental health. Lack of awareness and knowledge about mental health issues and treatments deter AAPI from putting themselves first and finding professional help. Language barriers pose an obstacle for many AAPI to gain access to mental health services. With more community outreach and mental health education, AAPI communities can utilize the resources to aid them in breaking the stigma and stereotypes that pervade their culture.

Together, we can help offer education and treatments targeted to minority communities and widen the acceptance of mental health globally.