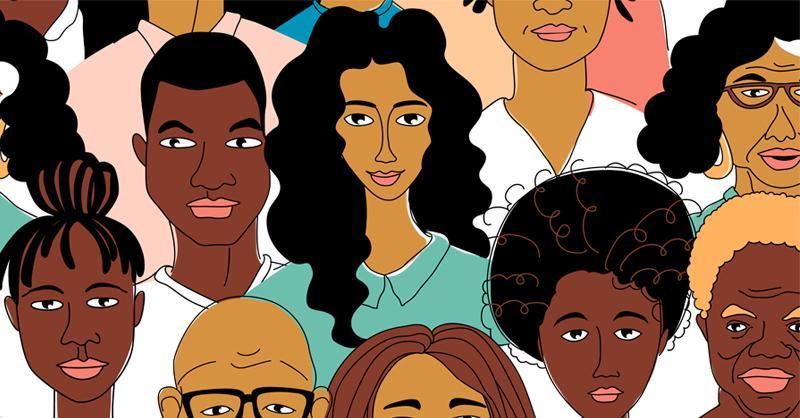 Black History Month celebrates the cultural tradition and triumphs of the Black community while also serving as a reminder of their many adversities throughout history. Honoring Black history necessitates understanding the unique experiences and burdens that Black Americans have endured. An American history rooted in racism has led to racial disparities in access to mental health resources and created a harmful stigma. The stigma has discouraged African Americans from reaching out to mental health professionals as well as having productive, open discussions with their family and friends. This blog will examine the systemic obstacles that disproportionately impact mental health in the Black community and tear down the mental well-being stigma.

The African-American community has endured many hardships, and the trauma of fighting for their basic rights is not to be taken lightly. In the 1960’s, researchers attached schizophrenic symptoms to Black Americans, claiming that their civil rights protests were emitting hostility and aggressiveness. Mainstream media instilled fear in the public by saying that there were crazed black schizophrenic murderers and criminals on the loose, despite the fact that most were peacefully protesting against the racist American system. These false and hurtful claims were used to justify the horrific Jim Crow laws, police brutality and placing African-Americans into prisons and psychiatric hospitals. Unfortunately, the injustices of the past have carried over into the present day and manifested into deep structural problems for the Black community.

Racial disparities in the mental health sector are well-documented and go back decades. For example, research shows that compared to other ethnic groups, African-Americans are less likely to have access to mental health services as well as less inclined to seek out services and necessary care. Additionally, they are more likely to receive worse care and face more misdiagnosis and underdiagnosis of mental illness than other communities.[1] These trends are disturbing and ultimately result in an American mental healthcare system that lets African-Americans down. Other statistics suggest that the Black community is overrepresented in the criminal justice system at an alarming rate due to mental illness. In fact, over 50% of Black Americans have mental health problems, and many are incarcerated due to their symptoms getting in the way of their lives. The mental health field has tried to focus on minority communities by implementing more sensitivity and cultural training. However, it has been difficult due to the fact that 86% of psychologists are white, making it difficult to relate to the black experience.

The mental health stigma within the African American community persists and remains a momentous issue in the country. In 1990, an opinion poll found that 63% of African Americans believed that depression was a personal weakness while only 31% thought it was a mental health problem.[2] Some progress has been made in breaking the stigma over 30 years later, but much work is still to be accomplished. For instance, modern studies concluded that the Black community is more inclined to say that mental illness is associated with shame and embarrassment. Furthermore, they are more likely to hide the illness from family and friends. Black Americans suppress their mental struggles because of the misconception that they will be viewed as weak and not strong for discussing it openly. These unfavorable viewpoints held by many in the African-American community are harmful and must change in order to promote a healthier perspective on mental health in the future.

Combating the negative attitudes held by Black Americans with respect to mental health is a challenging but attainable objective. The two tangible ways in which the stigma can be broken is through educating people on mental health and increasing the number of culturally competent psychologists. The first approach of education requires a changing of the narrative by normalizing mental health problems and recognizing that they are real and change people’s lives. We must help others realize that medication for mental illness is no more shameful than treatment for a physical condition. Lastly, mental health professionals must be better equipped and trained with helping minority communities. The mistrust of the mental health field could be rectified if therapists and psychiatrists provide better care for Black Americans.

Even though Black History Month is almost over, we should always celebrate the amazing culture and beautiful, difficult history of the Black community. Let us constantly support our black brothers and sisters by listening to their stories and understanding their various perspectives. Together, we can remind each other that mental health is a serious priority and encourage Black Americans to break the stigma and unique obstacles that lie ahead.